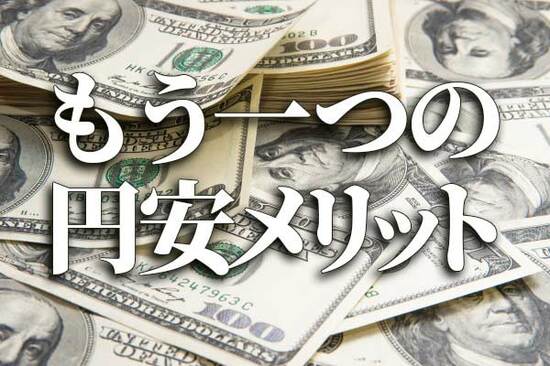 1. Why did the dollar strengthen against the yen?

Stocks (MSCI World Equity Index) rebounded and rose after hitting the bottom on March 8. Despite the uncertainty over in Ukraine and expectations of rising US interest rates, buying continued after a short cover (oversold buyback) against the year-to-date decline. Under these circumstances, the yen depreciated rapidly and has attracted the attention of the foreign exchange market. The dollar/yen exchange rate reached the 125 yen level (March 28) for the first time in about 6 and a half years, as the dollar strengthened by 10 yen in about 3 weeks. In fact, the yen is showing signs of depreciating against other major currencies such as the euro, pound sterling, Australian dollar, and renminbi. The depreciation of the yen as a trend is clear amid (1) Monetary tightening is spreading around the world, especially in the US, but the Bank of Japan is continuing monetary easing. (2) Japan’s trade balance and current account balance have fallen into the red due to soaring resources and energy prices, and (3) the yen is depreciating against other major currencies as a low-growth, low-interest-rate currency. Particularly regarding (1), the FRB which is wary of inflation is ready to proceed with the interest rate hike cycle, and US bond yields are on an upward trend. However, the Bank of Japan implemented buying (yield restraint measure) to keep the yield of government bonds within the range of YCC (yield curve control). Chart 1 shows the changes in the US-Japan long-term interest rate differential (US 10-year bond yield - Japan 10-year bond yield) and the dollar-yen exchange rate. You can see that yen selling and dollar buying are continuing with consideration of widening interest rate differential between Japan and US.

<Chart 1: What are the main factors behind depreciation of the yen in the foreign exchange market? >

2. The yen is depreciating because of the Nikkei Index rebound.

In the Japanese market (TSE), the Nikkei Index rebounded by about 3,300 yen from the year-to-date low (24,717 yen) on March 9. In addition to the recovery of risk-on (preference) due to the stock price rebound in the US market, the depreciation of the yen in the foreign exchange market has also been a tailwind for the Nikkei Index rebound. Chart 2 shows the changes in “average predicted exchange rate of major manufacturers” (dollar-yen exchange rate as a business plan rate), the actual exchange rate and the Nikkei Index in the “Tankan” (Business Short-Term Economic Sentiment Survey) released by the Bank of Japan every 3 months. The current market rate is significantly higher than the predicted exchange rate (108.38 yen) shown in the Tankan announced by the Bank of Japan in December.

<Chart 2: Depreciation of the yen leads to expectations for improvement in TSE performance>

(Source) Created by Economic Research Institute of Rakuten Securities, Inc. from Tankan by Bank of Japan and Bloomberg (Beginning of 2019 - March 30, 2022)

Revisiting the relationship between the Nikkei Index and the exchange rate, (1) the Nikkei Index tends to weaken when the dollar-yen market rate falls below the predicted rate and the yen strengthens, and (2) if the market rate of the dollar/yen exceeds the predicted rate and the yen depreciates, the Nikkei Index tends to be strong. It is important to determine “how much the exchange trend affects the business performance.” However, it is important to note that “a weaker yen (stronger dollar) indicates the buying of Japanese stocks” and “a stronger yen (strong dollar) is selling Japanese stocks” which are likely to lead to future-led trading.  This is because the depreciation of the yen is likely to lead to upward revision for sales and operating income, especially for foreign-demand companies (major manufacturers that focus on export).  Considering the relative strength of the US economy and the interest rate trend associated with the inflationary trend, the dollar’s appreciation and the yen’s depreciation may continue despite profit-taking sales. Assuming that Nikkei will achieve around 30,000 yen around the middle of the year, the yen's depreciation trend in the foreign exchange market is likely to be a tailwind.

3. Another benefit of yen depreciation: Yen-denominated US stock returns improve