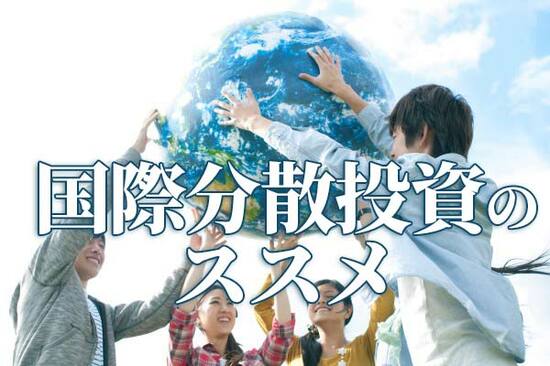 Are inflation and the depreciation of the yen New Normal? Recommendations for intenational diversified investment

1. Inflation is accelerating with expectations of higher US interest rates

<Chart 1: US inflation continues to rise>

2. Is the depreciation of the yen “New Normal”?

In the foreign exchange market, the dollar is strengthening, and the yen is depreciating mainly due to the high interest rate outlook in the US and the trade deficit in Japan. In particular, the downward trend of the yen exchange rate since March is clear, and on the Apr 20, it was sold at 129-yen level per dollar and hit a low for the first time in about 20 years. Japanese government officials (Ministry of Finance and the Bank of Japan) continue to intervene that “rapid exchange rate fluctuations are not desirable,” and effective yen-buying intervention is unlikely to happen. Bank of Japan Governor Kuroda intends to continue large-scale monetary easing for the time being, and the bond interest rate differential with the US and Europe are expected to continue to widen. Chart 2 shows the changes in the dollar-yen exchange rate and the US-Japan long-term interest rate differential (10-year government bond yield between Japan and the US) over the past year. The dollar-yen exchange rate, which was around 110 yen until around the summer of 2021, rose along with the hawkish remarks of FRB officials and the widening interest rate differential between Japan and the US after autumn, and exceeded 120 yen after mid-March this year and hit 125 yen.

<Chart 2: The dollar-yen exchange rate depreciates for the first time in 20 years > 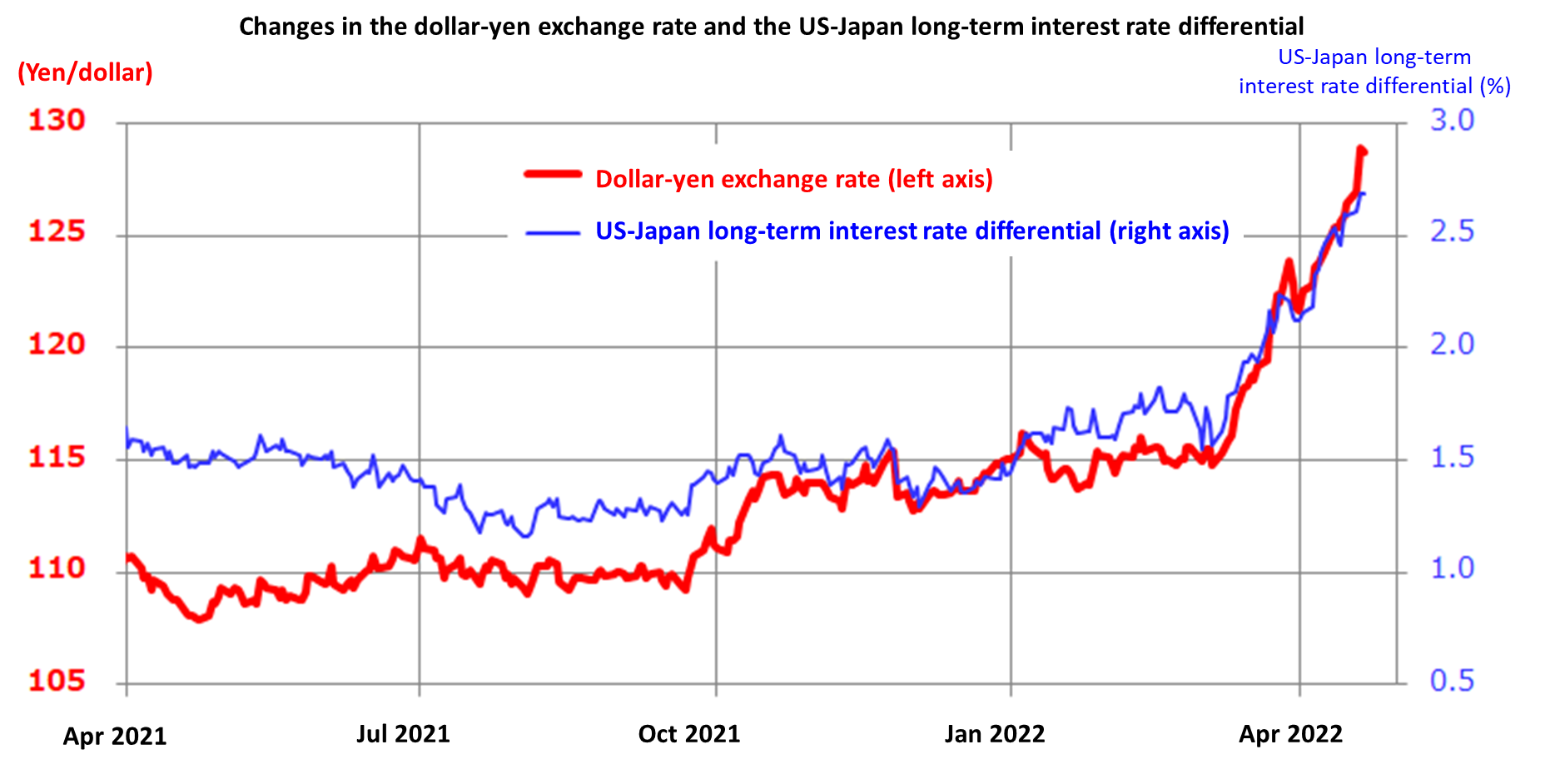 Considering Japan’s trade balance deterioration in the immediate US-Japan monetary policy gap, it is likely the dollar will continue strengthening and the yen will continue depreciating in the foreign exchange market. There is widely expected that the depreciation of the yen is a “bad” as fossil fuels, foodstuffs and imported raw materials continue to rise. On the other hand, the depreciation of the yen is seen as a positive factor in the business outlook of foreign-demand companies such as manufacturing industries and general trading companies mainly in automotives, electronic devices and machinery, and it could be a factor that supports the overall downside of Japanese stocks such as the Nikkei Average. That said, if import costs (price) continue to rise, it should be noted that it may be a factor that cools down the domestic economy.

In the foreign exchange market, it is highly possible that the dollar/yen pair will break through the psychological milestone of 130 yen. I would like to pay attention to the correlation between the widening interest rate differential between Japan and the US and the depreciation of the yen.

It cannot be said whether such an increase in inflation and the depreciation of the yen will continue for a long period of time, which can be called “New Normal”. However, in the US market, it is said that “stock investment is a powerful hedging tool for inflation”. Both stock prices and corporate performance are assessed on a nominal basis for stocks. Real GDP (Gross Domestic Product) growth slows as inflation rises, but nominal GDP increases. While rising inflation can be bad news for stocks in the short term (via monetary tightening observations), stocks are considered to have an advantage over deposits and bonds which “real values” are diminished by rising inflation. In addition, it is said that “the depreciation of the yen is a friend of foreign asset investment” (one can enjoy foreign exchange gains). Foreign exchange gains (rise in foreign currencies) due to the depreciation of the yen will be positive for the return of foreign asset investment from the perspective of Japanese residents (yen). In the first place, it is known that the dollar-denominated performances of global stocks (foreign stocks) centred on US stocks have an advantage over Japanese stocks. Looking back on yen-denominated stocks, that tendency does not change. Chart 3 compares the yen-denominated returns of the total earnings (including dividends) stock indexes of US, global and Japan stocks since 2000. Especially recently, we can see that the performances of both US stocks and global stocks have improved due to the weak yen (strong foreign currency). For foreign stock investment, which has relatively high growth expectations, if the yen continues to depreciate, it is likely to be a positive factor in terms of returns. I would like to re-consider it again as one of the significant international diversified investment.