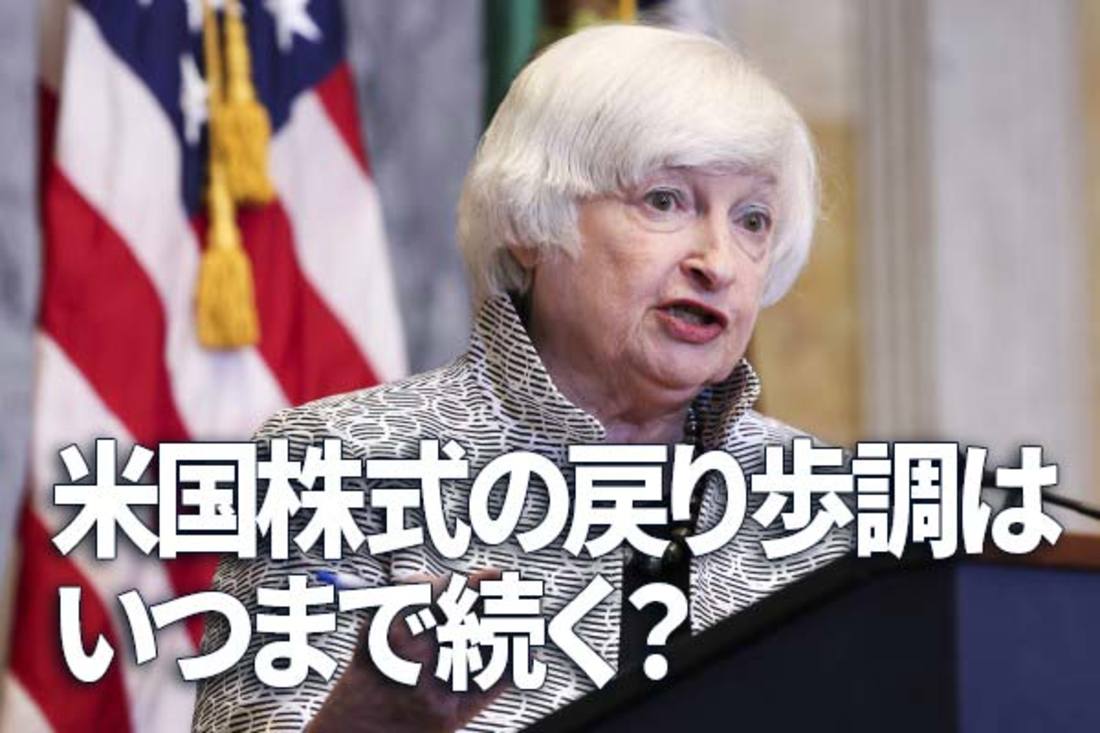 How long will the return of US stocks continue?

1. Growth stocks will perform in the second half of the year.

In the second half of the year, despite some volatilities, the US stocks show a steady trend of recovery. While inflation trends, interest rate trends and economic trends are the market catalysts, buybacks mainly on short covering (cancel off the short-selling) have created change in the tide. Chart 1 shows the rate of changes of the US and Japanese Growth Stock Index and value Stock Index by period. The reason why the rate of changes in the second half (after July) has turned positive is mainly due to normalization of commodity prices, potential peaking out of the forecasted inflation rate and the interest rate hike and recession were incorporated. At the FOMC (Federal Open Market Committee) conducted on July 26-27, the FRB decided to raise rates by 0.75%, as expected by the market on average. There will be no rate hike until the next FOMC scheduled on September 20-21. Depending on the inflation and the economic slowdown, growth stocks may continue to outgrow value stocks, with a feeling that the pace of rate hikes may ease heading towards 2023. It seems that the short-term stagflation risk, which is a combination of recession and inflation, has been mostly factored into the market as the stock prices decline in the first half of this year. Although there is still uncertainty from a short-term perspective, I think it will be a good opportunity for investment from a long-term perspective.

＊Values in the second half are the changes since Jul-2022. 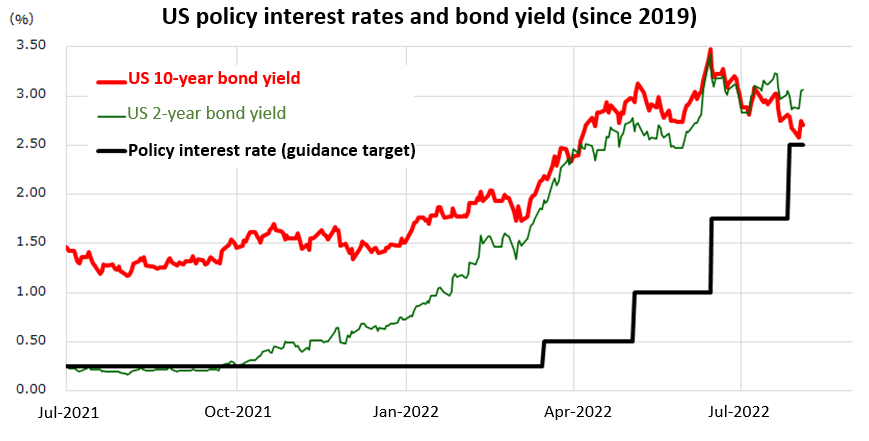 In fact, except June’s employment statistics, many of the recently released economic indicators in the US suggest a “slowing economy”. For example, S&P Global announced on July 22 that the “Comprehensive PMI” (Purchasing Manager Index), which indicates the business sentiment of the US was 47.5, fell below “50”, which is the turning point of business sentiment, for the first time in about two years. In addition, the peak-out trends of crude oil prices and food prices have also become clearer, expected inflation rate is declining. (Chart 3). On the other hand, according to Bloomberg which aggregated corporate earnings announcements (April-June quarter), when 377 of the 500 companies in the S&P 500 index announced their earnings (August 3), total sales increased 14.2% year-on-year, and total net profit increased 9.1% year-on-year. The evaluation that “the announcement of financial results is not as bad as expected”, including the guidance (business outlook) announced by the company, has supported the stocks.

3. Will the world economy possible have a soft landing?

The pessimism over the slowdown of economy may lead to a soft landing. In the first place, a recession is customary to determine “economy recession started from 〇 month 〇 year” by NBER (National Bureau of Economic Research), which judges the business cycle after comprehensively assesses production activities, sales trends, consumption trends, employment situation, etc. In other words, the stagnation or recession in some areas of the economy may not confirm the US economy has entered a recession. US Treasury Secretary Janet Yellen (former FRB Chairman) said in an interview with the NBC on July 24 that she was confident in the FRB’s fight against inflation and said, "There is no sign that US economy has fallen into a broad base recession.” She said, “We are likely to see some slowing in job creation, but I don’t think that is a recession. A recession is a broad base weakness in the economy. We are not seeing that right now.” She also said, “Even if US economy has continuous negative growth for 2 quarters, I don’t think NBER will declare it as recession”. She gave the reason that the strong labor market as the main factor. Chart 4 the average forecast of economists regarding the outlook for real GDP growth in major countries (regions). Growth in 2022 and 2023 is expected to slow down compared to 2021, but neither the world nor US is expected to fall into negative growth. If the economic slowdown remains mild and achieves a soft landing, it will be a relief for the stock market. I would like to keep an eye on inflation trends, the FRB’s rate hike pace, economic conditions, the directions of long-term interest rates and earnings to forecast the US stocks.

<Chart 4> Will the world economy possible have a soft landing?

Be advised that during this time, our webite and iSPEED.my app will be temporary unavailable. That means, account opening forms will not be accessible during this time. We apologize for the inconvenience caused.