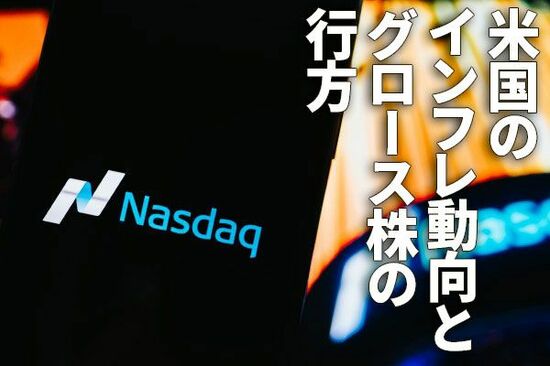 Inflation trends and directions of growth stocks in US

1. Signs of changes in stock trends in the US and Japan markets in the 2nd half

Nikkei average rose for the first time this week with the expectation that the Liberal Democratic Party won a big victory in the Upper House election which took place on Jul-10 and it will be easier to for the government to run the administration. As the Kishida government seemed to be stable and prolonged, the valuations by the foreign investors who expect Japan’s political stability is likely supporting the market. However, there was a high possibility concerning rising inflation, continued monetary tightening and a recession mainly in US. Hence, the US stocks fell and then rebounded the next day. On the other hand, there are signs of changes in the stock index by style in Japan and US in July (the second half of 2022). Chart 1 compares the rate of changes of the growth stock index and value stock index in the US and Japan markets at the “Year-to-date of 2022”, “1H2022” (Jan-Jun) and “2H2022” (beginning of July). Both the US and Japanese equities performed negatively in the 1H2022, but they show relative recovery in 2H2022 (although the period is still short). Though it is still unpredictable, the forecasted inflation rate is declining due to the economic slowdown in the US market and the potential of peaking out of the commodity market, and the bond market interest rates have stopped rising. I would like to pay attention to the movement of growth stocks mainly on NASDAQ that have begun to show signs of touching the bottom in the unstable market environment.

<Chart 1: Signs of recovery in growth stocks in the US and Japanese markets>

2. June CPI announced in the US

Under these circumstances, the June CPI (Consumer Price Index) which was the focus of attention in the US market, was announced on the July 13.  June CPI grew by +9.1% year-on-year as compared to the forecast average (+8.8% / May result: +8.6%), and the growth rate of CPI core (price index excluding volatile energy and food) was +5.9% against the forecast average (+5.7% / May result: +6.05) (Chart 2). June CPI grew the highest in about 40 and a half years which may trigger a significant rate hike at the next FOMC (Federal Open Market Committee / July 26-27), and stock prices fell on the same day.  However, it is noteworthy that without much negative factors, the declining rate slowed down from the fall after the announcement of the CPI. Most probably the market is calmly paying more attention on the “windscreen (direction of inflation)” than the “rearview mirror (actual inflation)”.

In fact, current inflation (accelerating inflation), also known as “commodity inflation” or “cost-push inflation”, is mainly driven by rising energy and food prices. Therefore, looking at the changes of the “S&P GSCI (Goldman Sachs Commodity Index)”, which is known as the transaction value-weighted average index of international commodity prices (energy, agricultural and livestock products, precious metals, etc.) has declined since the end of June. The decline in commodity prices will gradually affect future price trends and slow down the rate of hiking CPI and PPI (Producer Price Index). Inflationary pressures are expected to ease in the 2nd half of the year, along with the impact of the recent economic slowdown (slow demand). If the next (July) price index shows the inflation is peaking out, the bond market interest rate (yield) will also rise. Thus, I expect demand in equity market (which were vulnerable to rising bond rates) to pick up.

3. Predict the interest rate trends with the direction of forecasted inflation rate

<Chart 3> Forecasted inflation rate in the US is declining

After the announcement of the CPI on the July 13, the futures market moves to incorporate the speculation that the FRB will raise interest rates from 0.75% to 1.00% at the next FOMC. According to the year-end forecasts (median forecast as of June) by the participating members of the FOMC, the FF interest rate guidance upper limit is expected to reach 3.4% at the end of the year. In other words, in 1H2022, the stock market was volatile due to FRB’s emphasis on inflation control and rising bond market interest rates. However, if bond market interest rates stabilize in line with the downward trend in the forecasted inflation rate mentioned above, it is likely that growth stocks in NASDAQ, which were weak in the 1H2022, will pick up. Stocks may be volatile for some time ahead of the announcement of financial results and guidance (earnings estimate) for the 2Q22 (April-June period) and the next FOMC. However, I would like to focus on the directions of inflation and interest rate levels suggested by the direction of forecasted inflation rate from a broader perspective.