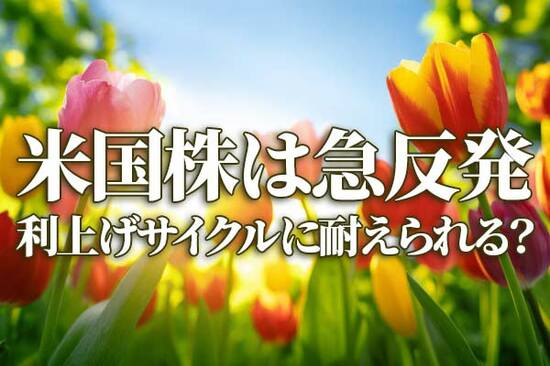 US stocks rebound sharply in the Ukrainian crisis: Can they withstand the rate hike cycle?

1. Why did US stocks rebound sharply even during the Ukrainian crisis?

One month has passed since the Russia invaded Ukraine. Every time I hear about many victims and refugees, my heart hurts. I am also concerned about the impact of the Russian crisis on the world economy due to economic and financial sanctions by Western countries. Dispute under these circumstances, US stocks have rebounded since the middle of this month. The reasons are (1) strong expectations that the situation in Ukraine will eventually reach a ceasefire agreement, (2) passing the FOMC (Federal Open Market Committee) on March15 and 16 as expected by the market, (3) crude oil futures, which was a symbol of inflationary pressure, has paused in the rise, (4) Russia successfully paid interest on foreign currency-denominated bonds on March 16 and  (5) the US economy is moving steadily mainly on personal consumption. Chart 1 shows the changes in the US stock market “fear index” (investor outlook fluctuation forecast) and the S&P 500 index. The fear index temporarily rose to 36.45 (March 7), giving the impression that the market sentiment deteriorated, but then followed a downward trend (23.57 as of March 23). During this period, stocks that had been declining due to uncertainty were covered by a short cover (oversold buyback), and follow-up buying continued, which caused the stock price rebounded. Some say that “inflation is a good source of stocks in the first place” (Bloomberg). In the future, we may experience the downside again in the adjustment to the selling on technical recovery. If the Ukraine-Russia crisis becomes tense, there is also risk that will threaten the stocks again. However, the S&P 500 index has regained more than half of the decline from the highest price, and I am expecting what the market quote that says, “half price return is full price return”.

2. To what extent has the US bond market factored in monetary tightening?

“Entering the FRB’s rate hike cycle” and “accelerating monetary tightening” are anxiety factors that have been alerting since last fall.  Chart 2 shows the changes in short-term interest rates (2-year bond yields) and long-term interest rates (10-year bond yields) in the US bond market. We can see that short-term interest rates, which are sensitive to the directions of the policy interest rate, have skyrocketed. At the March FOMC, the FRB suggested “a total of seven rate hikes within the year.” This may indicate that yield has formed by incorporating these rate hikes. That said, looking back at stock price trends over the past rate hike cycles, we can also see that the “performance market” that accompanies the economic recovery has become more intense. In fact, looking back at how US stocks (S&P 500) performed in a total of 12 rate hike cycles since the 1950s, US stocks were relatively strong (+9.4 on average annually). The only example of negative stock returns in the 12 rate hikes was in the stagflation(simultaneous inflation and recession) environment from 1972 to 1974.

Chart 3 reflects the changes in the policy interest rate and stock price (S&P 500 index) two times before (2004 to 2006) and the previous time (2015 to 2018). FRB has raised rates 17 times since June 2004. Since December 2015, interest rates have been raised for 9 times. It can be seen that even in such a rate hike phase, stock prices continued to fluctuate and continued staying in a strong trend. Even at that time, there were widespread views that “the economic situation has improved enough to raise interest rates” and “raising interest rates will suppress inflationary pressure and stabilize the economy.” Even if the FRB continues to raise interest rates, it is expected “neutral policy rate level (2.5%)” suggested by FOMC will happen after 2023. The market seems shifting from a “financial market (liquidity market)” under a low interest rate environment to a “performance market (market that expects business expansion)”. I don’t think it’s a good idea to be affected by excessive pessimism over the normalization of monetary policy.

<Chart 3: Last 2 rate hike cycles and changes in US stocks>

(Source) Created by Economic Research Institute of Rakuten Securities, Inc. from Bloomberg (Beginning of 2004 – End of 2018)

3. Is the “recession probability” of the US economy increasing?

There is also pessimism that US will fall into stagflation due to inflationary pressures, the FRB’s monetary tightening and worsening geopolitical risks. So I would like to focus on what the market sees as the likelihood that the US economy will enter a recession. Chart 4 shows the changes in US stocks (S&P 500 index) and the “probability (average value) that the US will enter a recession within a year” predicted by economists. You can see how the recession probability rose sharply and the stock price fell sharply during the collapse of the real estate bubble in the fall of 2008 and the pandemic crisis in the spring of 2020. On the other hand, the current “United States Recession Probability Forecast in 1 year” is only 20%. Of course, we should not be optimistic about the unexpected and sudden bad news (eg, the pandemic of the new plague, aggravation of the Ukrainian situation and the Russian crisis). Looking back on long-term market performance, the reversal (reverse yield) of long and short-term interest rates in the bond market at a high level has become a “prelude to a recession”. In such situations, not only stocks but also high-yield corporate bonds (non-investment grade corporate bonds: junk bonds) have become more volatile, increasing the possibility of a recession. I foresee that US will not fall into recession for the time being, and that the stock market will continue to be driven by higher sales and productivity improvements.