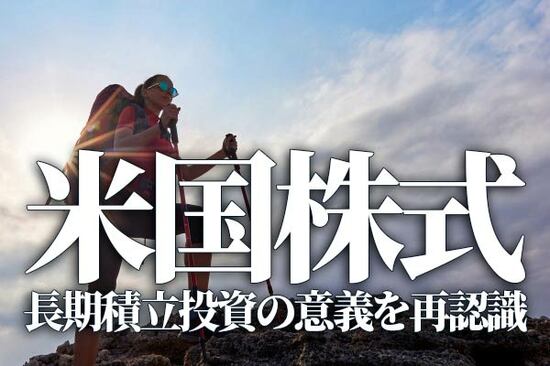 1. US stocks enter bear market due to “CPI shock”

The US CPI (Consumer Price Index) for the month of May which announced on the Jun 10 was rose to +8.6% year-on-year, which exceeded market expectations and thus, led to speculation over tightening monetary policy. Stock prices continued to decline, and the S&P 500 Index has entered “bear market” with a declining rate of more than 20% from its all-time high (Jan 3). Chart 1 shows the relative performance of US, foreign and Japanese stocks over the past year, showing that the stock markets were volatile.  The FRB decided to raise the interest rate by 0.75% at the FOMC (Federal Open Market Committee) on the Jun 15 in an effort to fight high inflation. At a press conference shortly after, FRB Chairman Powell said, “Inflation has risen again (since the last meeting). We decided that a significant rate hike is justified in response to these moves” and asked for understanding of the rate hike above 0.5% suggested after the last (May) FOMC. The 0.75% rate hike was rapidly widespread in advance due to the “CPI shock”. Since there was no negative factor, the buyback had led the stock price rebounded on Jun 15. Chairman Powell also pointed out that the rate hike this time is “unusually high and I do not think this will be common.” On the same day, FRB announced that the policy interest rate outlook (median forecast) at the end of 2022 is 3.375%, which is significantly higher than the outlook as of March (1.9%), thus the market is likely to be more volatile.

<Chart 1> US stocks, foreign stocks and Japanese stocks fell at the same time

2. Markets are afraid of recession in US economy

The view that US will fall into stagflation (simultaneous rise in prices and recession) emerges due to the inflationary pressure, the tightening of the FRB’s monetary policy and the impacts of the Ukraine crisis. Therefore, I would like to focus on the “recession probability” (market forecast average) for the economies of major countries anticipated by private economists. Chart 2 shows the “Recession Probability Forecast in 1 year” in descending order (starting from highest probability). Impacted by the economic and financial sanctions caused by the Ukraine War, Russia has the highest recession probability of 95%, increased 80% from the end of last year (15%). On the other hand, the “Recession Probability Forecast in 1 year” of US at this point rose to 17% from 15% at the end of last year to 32%. Sudden bad news (eg., further acceleration of inflation, further tightening of monetary tightening, aggravation of the Ukraine situation, etc.) is unpredictable, but I would like to look at the probability of main scenario which is “soft landing” that does not cause a recession, is 68% (100% - 32%).

Looking back on long-term market performance, we know that the reversal (reverse yield) of high long and short-term interest rates in the bond market was a “sign entering into recession”. In such situations, not only stocks but also high-yield corporate bonds (non-investment grade corporate bonds) markets became volatile, increasing the possibility of a recession. Current long and short-term interest rates are almost same level and being wary in the low 3% range. I foresee that the US economy will not fall into recession for the time being due to the firm employment situation and consumption trends, and EPS will increase due to improving performance of corporates, improving productivities, stock repurchase, etc. are supporting the market. I should also note that the forecasted PER of the S&P 500 index has dropped to the 15x range, and the “floss” (bubble = overheating) seen last year has disappeared.

3. Examine the “instalment investment by accumulating and increasing” the US stocks

The US market has experienced huge decline in stock prices. When stock prices fall, investors tend to feel uneasy about the future and fall into “bearishness”. However, it can be said that “US stocks are resilient for continuous long-term investment”. Chart 3 examines the investment results of the start of instalment investment in US stocks just before the “Bankruptcy of Lehman Brothers (Financial Crisis of 2008)”, when stock prices fell the most in this century. Specifically, it shows the “investment results of a case of continuously investing fixed-time fixed-amount 30,000 yen each time in the S&P 500 index (including dividends/yen conversion) since the end of 2007”. In this case, US stocks fell by as much as 50% due to the financial crisis in 2008, which was the early stage of instalment investment. Even under such circumstances, the “cumulative number of investment units” has been steadily increasing over the long term due to the dollar cost averaging effect (the effect of increasing the number of units purchased when the stock price falls) and the compound interest management effect (the impact of the snowball effect). As of the end of May, when the S&P 500 index fell in the US equities, market value assets were about 19.5 million yen, representing about 3.7 times the cumulative investment amount (5.22 million yen = 30,000 yen × 174 times on a book value basis). Although there were occasions when market value assets fluctuated significantly during the instalment period, the market performance of increased market value assets (cumulative number of investment units × market value) was in line with the subsequent recovery in the stock market shows the “long-term instalment” effect & meaning. Temporary volatility is ever present in the stock market, and I think it is not rational to sell each time. This is because it is extremely difficult even for an expert to accurately buy back after selling. Instead, I think the situations when stock prices are volatile, it offers “opportunity to buy more”. I would like to focus on long-term perspectives and time diversification effects when investing in US stocks.

<Chart 3> Examine the instalment investment performance of US stocks

＊The above information is for reference only. It does not guarantee future investment results.

(Source) Created by Economic Research Institute of Rakuten Securities, Inc. from Bloomberg (end of 2007 – end of May 2022)