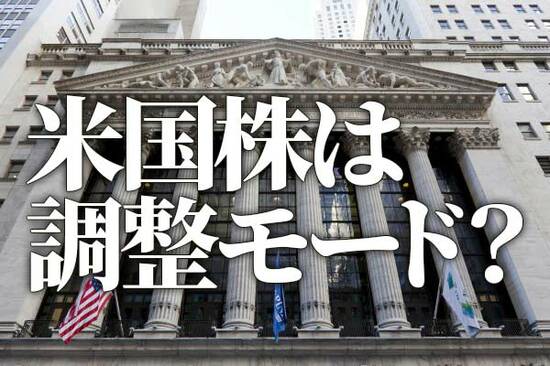 (14 January 2022) Are US stocks entering into a correction? Let’s check with macro outlook and yield spreads

1.  Can US stocks absorb the “FRB hawkish shock?
The US market has become more cautious about normalization of monetary policy and the S&P 500 index has fallen for 5 consecutive days until the 10th. The December FOMC (Federal Open Market Committee) agenda suggested that rate hikes may start in March of this year, and the December employment data released on the 7th showed that the unemployment rate dropped to 3.9% (from 4.2% in previous month).

Looking at the end of tapering (quantitative easing decrease) in March and the start of the interest rate hike cycle, long-term interest rates temporarily rose to the 1.8% range. The Nasdaq Composite Index, which is said to be very sensitive to rising interest rates, led the correction.

However, it was relieved when FRB Chairman Jerome Powell’s made a remark (in Senate Banking Committee) on the 11th that it was within the expected range, and the stock price rebounded for the first time in 6 days. There is also a view that the recent decline in stock prices is just a correction.

Chart 1 shows the changes in the US market fear index (VIX) and S&P 500 index. The VIX has stabilized after surpassing 20 points at one point last week, and the S&P 500 appears to be absorbing monetary policy anxieties with a 50-day moving average down.

As a consensus that is being formed in the market, it is expected that the zero interest rate will be lifted from March and the QT (FRB asset compression) will start in the second half of the year. It seems the FRB wants to gradually incorporate the path of policy changes while continuing a cautious dialogue that does not surprise financial markets.

The spread of Omicron variant is also an unpredictable factor as anxiety factors, but the decline in stock prices shall remain within the range of limited corrections and it is unlikely that US stocks will fall into major adjustments.

<Chart 1: Can US stocks absorb the “FRB hawkish shock”?>

2. World and US economies expand at cruising speed
FRB rushes to normalize monetary policy because it concerns about transition of the US economy from recovery to expansion and inflation in the near future.

According to the latest economic outlook (market forecast average) by private economists shown in Chart 2, the US real GDP growth rate in 2021 is expected to land at + 5.6%, and the economy is expected to grow at a faster pace in 2022 with the potential growth rate at +3.9%.

With expansion beyond regaining the economic contraction in 2020 (-3.5%), aggressive monetary policy, fiscal stimulus and the spread of vaccination have supported the recovery of the economy and employment. The driving force for economic normalization is also expanding from the manufacturing industry to the service industry.

The FRB’s move to incorporate changing the monetary policy into the market at the early stage, considering higher prices which are longer than expected by financial authorities  due to the surge in demand recovered from the Covid pandemic, supply constraints and rising wages, seems to be rational.

On the other hand, revenge consumption due to the emergence of pent-up demand (deferred demand) from the Covid pandemic is not permanent. (Except for some commodity prices) The price increase pressure affected by the surge in demand and supply constraints, is expected to ease sooner or later.

The year-on-year rate of increase in the PCE core price index, which the financial authorities are paying attention to, achieved peak in the fourth quarter of last year and is expected to ease towards the second half of 2022. Inflationary pressure has eased because of the price control effect by investment in automation and digital transformation promoted by companies in response to the shrinking working population due to the declining birthrate and aging population.

There is also a view that it will suppress interest rates. It is unlikely that US inflation expectations (forecasts) and long-term interest rates will continue to skyrocket.

<Chart 3: Inflationary pressures are expected to ease towards the second half of 2022 > 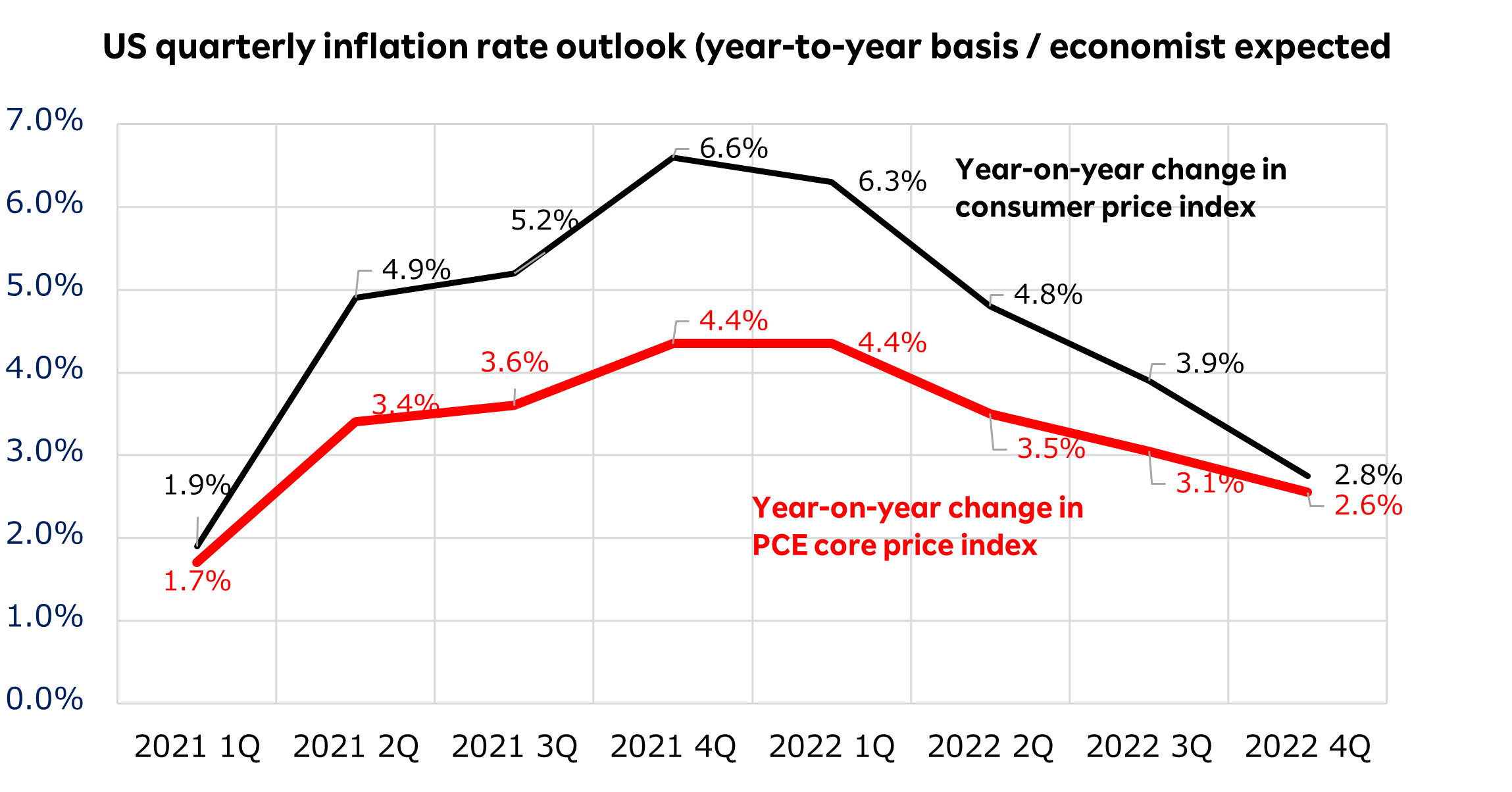 3. Valuation of US stocks checked by yield spread

If US stocks are in correction, what investment strategy would be appropriate? Chart 4 reflects the relative level of stock prices over the past 30 years by “yield spread” (bond yield - stock yield), which is known as a valuation method for analyzing the US market.

“Stock yield” is the reciprocal of the expected PER (price-earnings ratio) and indicates the expected EPS yield on the stock price (12-month forecast earnings per share ÷ S&P 500 index). It estimates the difference between the long-term interest rate (10-year government bond yield) and the stock yield (=yield spread), and analyzes whether “stocks are more expensive than bonds” or “stocks are cheaper than bonds” by the relative high/low.

In this model, the higher the yield spread, the more expensive the stock is compared to the bond, and the lower the spread, the cheaper it is. There is a bearish theory that the stock price rise until recently is “the same as just before the burst of the IT bubble at the beginning of 2000”.

The yield spread at that time expanded to +2.8% at the maximum, showing how stocks were “expensive compared to bonds”. On the other hand, the current forecast PER is about 21 times (stock yield is about 4.7%), and long-term interest rates are in the 1.7% range.

Compared to the arithmetic mean (-2.2%) of yield spreads over the past 30 years, the situation cannot be said that “stocks are expensive (irrational) compared to bonds”. If corporate performance continues to expand due to economic expansion, there seems to be room for stock prices to rise.

From this point of view, the 4th quarter (October-December) financial results and guidance (performance outlook) to be formally announced by major companies in mid-January will be the focus of attention.

Thus, the situation where stock prices fall due to speculation about monetary policy can be considered for investment and bargain purchase from a medium to long-term perspective.

<Chart 4: A sense of level of US stocks checked by “Yield Spread”>

Plus, if you activate your foreign trading service, you’ll receive 1 FREE US Share to kickstart your foreign digital trading journey with us! Only for new accounts activated after 3 January.