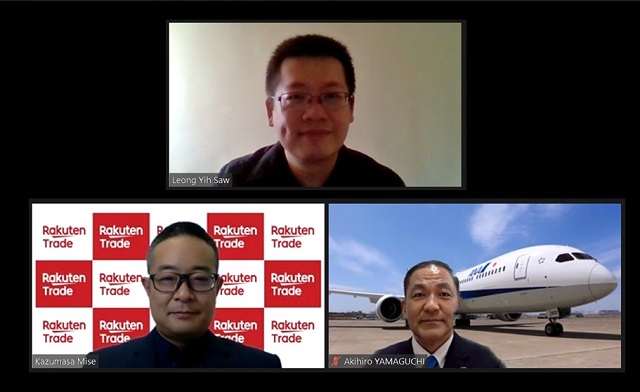 In less than four months, more than 2,000 RakuMargin accounts were activated contributing to more than RM100 million in trading value on Bursa Malaysia. About 53% of the total activated accounts were from existing clients affirming their continued confidence in a fully digital equity trading platform.

Mr Kazumasa Mise, acting CEO and Chief Marketing Officer of Rakuten Trade, said, “Rakuten Trade launched RakuMargin on 10 March and we were heartened by the high interest coming from experienced traders. In the first two weeks of the launch, more than 300 RakuMargin accounts were activated which recorded a subsequent trading value of almost RM2million.

“Technology is a necessary key driver for Rakuten Trade and the market as a whole. Being a FinTech company, the business has been able to grow at an unprecedented rate these last few months yet maintained its agility levels in handling the changing customer demands. More recently we accelerated a more aggressive system upgrade plan, ahead of schedule. This is to better cater to our fast-growing investor base that we anticipate will double in size in the next few years.

“By expanding our range, we continue to cater to an ever-widening segment of digital savvy investors who are keen to leverage their tech capabilities while benefitting from low brokerage fees and a seamless digital platform,” added Mr Mise.

In line with the launch of RakuMargin, Rakuten Trade collaborated with All Nippon Airways (ANA) on a ‘Trade RakuMargin, Fly ANA’ campaign which saw experienced trader, Mr Saw Leong Yih (39) emerging as the grand prize winner of two return trip tickets to Japan. “I’m a new client of Rakuten Trade but have been trading for more than 10 years. What I found appealing with the RakuMargin platform was its digitalized features and pre-approved facility limit of RM100,000. The RakuMargin platform, allows me to trade more efficiently and more importantly at a much lower cost.”

Only For RakuRangers…New Year Perks!

Kick start the Year of Ox with
2X RT Points on Contra trades!
Intra Share Transfer Rebates between accounts or to family members
Gift RT Points to friends or families in lieu of Angpows!
888 Extra RT Points for referring a friend!

You are entitled. Just login and trade from 1 January to 26 February 2021.